How to Tell a Great Story: The Master Class
Skip to main content 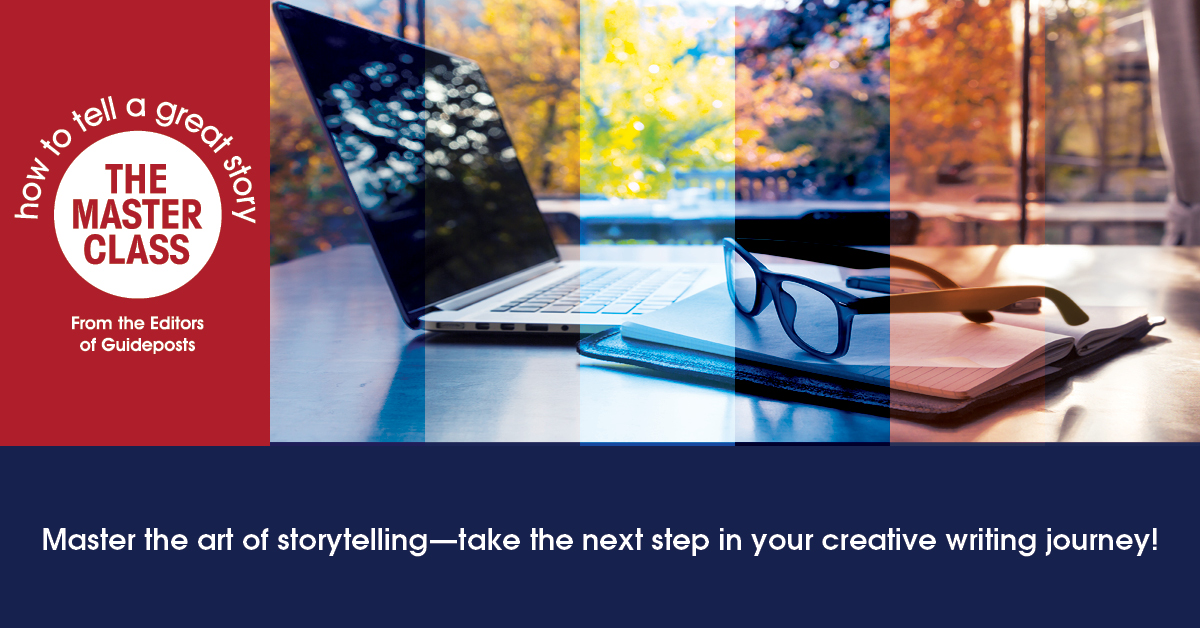 Welcome to Guideposts How to Tell a Great Story: The Master Class

This new curriculum is a follow up course to the very popular, "How To Tell A Great Story: The Essential Class From the Editors of Guideposts."

This exclusive master class will dive deeper into the mechanics and techniques of storytelling and becoming a master writer, with 17 concise and information-packed modules.

In our previous course, we gave you the tools and knowledge to approach and write a story. Now in Guideposts How to Tell a Great Story - The Master Class your writing skills and capabilities will be fully polished. You'll not only feel more confident in your writing, but also feel empowered and enthusiastic. You became a storyteller in our previous course, now become a master writer.

As an exclusive benefit, Enrollees will be given the opportunity to pitch story ideas to the master storytellers at Guideposts. See below for pitch guidelines.*

With over an hour of video lessons, this master writing course will teach you all the essentials to mastering a great story:

*Pitch Guidelines: One story idea per email. Submission does NOT guarantee that your story will be published in a Guideposts publication. Guideposts editors will respond only to pitches/story ideas at the editor's discretion.

Edward Grinnan is Editor-in-Chief of Guideposts magazine and Vice President and Editorial Director of Guideposts publications, which include the magazines All Creatures, Mysterious Ways, Angels on Earth, and PLUS. He is a graduate of the University of Michigan and has an MFA in playwriting from the Yale School of Drama. He is the author of the books The Promise of Hope: How True Stories of Hope and Inspiration Saved My Life, and Always By My Side: Life Lessons from Millie and All the Dogs I’ve Loved.

Rick Hamlin is Executive Editor of Guideposts magazine. He has published three novels and has written several books on prayer, most recently Ten Prayers You Can’t Live Without and Pray for Me. He and his wife, Carol, live in New York City and are the parents of two grown boys.

Amy Wong is Executive Editor of the magazines Guideposts and All Creatures. She wishes she could write as fast as she talks.

Colleen Hughes is Editor-in-Chief of Angels on Earth magazine and Senior Contributing Editor for Guideposts annual Joys of Christmas publication.

Jim Hinch is a Senior Editor at Guideposts magazine. He is a longtime contributor to Daily Guideposts and he and wife, Kate, live in New York City with their two children, Frances and Benjamin.

Diana Aydin is a former Editor for Mysterious Ways magazine. When she was just a little kid, she got her first dose of the miraculous. She’s been on the lookout for miracles ever since.

Celeste McCauley is Senior Editor of special projects for Guideposts magazine where she has interviewed more than 100 celebrities including Jeff Daniels, Jennifer Hudson and Kevin James. She tries not to fangirl too much.